Share a memory
Obituary & Services
Tribute Wall
Read more about the life story of Jeffrey and share your memory.

Jeffrey Alan (Squires) Trewartha, age 39, passed away near the end of November, 2022. He was born March 26, 1983, to Joni Murdoch and Alan D. Squires. He was the step-son of Drew Trewartha. He was raised in Orem, Utah, with his family: Cheryl (Squires) Trewartha (Eric Barber), Suzanne (Kemmer) Williams, and Jordan (April) Trewartha. He was loved by all of the Trewartha, Murdoch and Squires families. He married Melissa Jolley Davis on 08/08/08. Jeff was so excited to instantly become a step-father to Dylan Davis. Jeff and Melissa had two more children, Victoria Eve and Jeffrey Evan. They later divorced.
Jeff was educated at Orem schools from kindergarten through receiving his Bachelor’s Degree at Utah Valley University. He was very knowledgeable in several courses at school, which helped him excel in the computer/tech industry where he enjoyed a career in software security.
While growing up, Jeff was active in the scouting program and earned the rank of Eagle Scout. He participated in several sports but especially liked skateboarding, playing hockey, and had achieved the rank of 3rd degree black belt in karate. The highlight of karate was when he got to travel to China with a group from his dojo and work out with the Shaolin monks.
Jeff loved to travel the world for both leisure and work, but it was standing protocol that there had to be some sort of disaster involved, either natural or man-made from hurricanes on cruises to bombings at Heathrow Airport to swine flu cruise detours to unexpected volcano eruptions grounding all air travel. Even family boating trips weren’t left unscathed. Due to the heat of Lake Powell, Jeff experienced sunburns on his milky-white skin while the others in the family tanned with the same precautions, swollen lips to the point he could hardly eat and drink, and sandals that melted into the shape of curly-toed elf shoes, and he became an expert at tubing while holding a broken arm above his head so his cast wouldn’t get wet while warning us the tour boat wake was coming.  If you traveled with Jeff you just knew there would be some sort of unexpected adventure. He was quite the comic relief and enjoyed laughing.
Two of Jeff’s favorite hobbies were gaming and cooking. He built his own computers so they wouldn’t lag, and he loved his Traeger and participating in and winning cook-offs. He loved playing card, board, and computer games and making “snow bakes” with Tori and Evan while they were with him. After moving to Tampa he always told everyone he talked to how much he loved his kids.
A Celebration of Life will be held Saturday, January 14, 2023, at Wheeler Mortuary, 82 West 400 North, Mapleton, Utah, 84664. 10:00 - 10:30 for visiting, then starting at 10:30 we invite those who would like to take a couple of minutes (less than 3 min) to tell their favorite memory of Jeff. There will also be a live stream during the celebration, then an audio link on the Wheeler Mortuary website afterward.  Interment at Springville Evergreen Cemetery.
For those unable to join us in person, services will be streamed via Facebook live beginning at 10:30 on Saturday, January 14th at the following link: https://www.facebook.com/100075009737046/videos/548303310685230/ 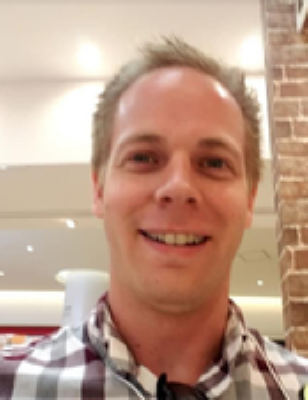