Share a memory
Obituary & Services
Tribute Wall
Read more about the life story of Jena and share your memory.

Jena Bell Christensen Weight of Springville, Utah, passed away November 23, 2022 of natural causes, shortly before her 80th birthday. She was born November 25, 1942 in Richfield, Utah, to Horace Alden Christensen and Velma Anderson. She married George LaMar Weight on June 9, 1966 in the Salt Lake Temple. Her parents preceded her in death, as did her sister-in-law Kathy and several Weight relatives. She is survived by her husband, her seven children (Alden, Leslie, Dan, Laurel, Maren, Becky, and Michael), two sons-in-law, seven grandchildren, two bonus grandchildren, and one great-grandchild. Also surviving her are her sister, Susan (Leon) Earl of Toquerville, Utah, and brother Larry Christensen of San Marcos, California.

Jena was an active member of The Church of Jesus Christ of Latter-day Saints and faithfully served in a wide variety of callings. Her testimony was strong and she loved the Savior. She learned from her parents to work hard. She always enjoyed creativity and trying to find the best in life.

Jena graduated from BYU in 1965 in education and taught for a year at Richfield Junior High School before marrying George. They lived in Provo, Springville, Thoreau (New Mexico), and Spanish Fork before moving back to Springville. Jena believed in education and reading, and passed on those values to her children. Most of her children and all of her grandchildren attended college.

Jena loved all her children, but her youngest changed her life in a particularly poignant way. When Mike was born with cerebral palsy, she went back to school to learn how to work with him. She went to work at RECEP, a service for the impaired, and later Oakridge School for impaired children near BYU campus. Many found inspiration in the dedicated and devoted care she showed him as long as she was physically able.

Jena was a wonderful cook and caretaker. She also enjoyed watching BYU football and basketball on television and rarely missed a game. She enjoyed the music of Roy Orbison, Neil Diamond, and other singers, as well as musicals such as The Greatest Showman in her later years. Jena’s home in Springville had a large yard with plenty of garden space. She was known for her “green thumb” and her home always had indoor plants she tended with loving care.

Even in the last years of her life, suffering from Parkinson’s disease and diabetes, she was never happier than when she could go outside and tend to the yard in whatever way she could. She was very much at home working with the Earth and the garden was her playground.

Special thanks to Becky for her selfless and wonderful long-term caregiving, as well as various nurses at Intermountain Valley Hospital and the ICare hospice team, who provided necessary care for her in the final days of her life. Jena’s cousin Tim Anderson also provided her physical therapy. Thanks to all who cared for her in any way throughout her life.

Funeral services for Jena will be held at the Hobble Creek 10th Ward chapel (495 South Canyon Drive) in Springville at 11 a.m. on Wednesday, November 30. She will be interred at Evergreen Cemetery following the memorial service. A viewing for friends and family will be held at the chapel at 10 a.m. prior to the service. The evening before the service (Tuesday, Nov. 29), a viewing will also be held from 6 to 8 p.m. at Wheeler & Sundberg-Olpin Mortuary at 211 East 200 South in Springville.

In lieu of flowers, the family would like to suggest donations to the Parkinson’s Foundation or the American Parkinson’s Disease Association.

For those unable to join us in person, you may view the services HERE 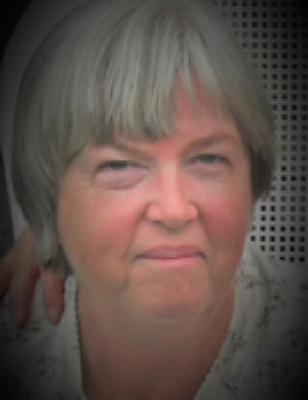