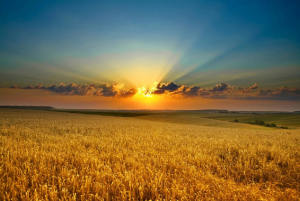 Richard Wilford Heninger, 90, passed away peacefully Friday, September 2, 2022. He was born in Raymond, Alberta Canada on September 28, 1931, to Wilford Abijah and Mabel King Heninger. The youngest of seven children, he always considered himself to be the favorite, or “The Fair One”.

Richard spent his childhood days on horseback around his dad’s farm.  After serving a mission for The Church of Jesus Christ of Latter-day Saints in England, he proposed to his sweetheart, Carrol Kay Hirsche. They were married in the Cardston Alberta Temple on July 20, 1955. Richard graduated from BYU and earned his PhD from Oklahoma State University in 1961.  He later taught Physiology at Brigham Young University for over 30 years. His hobbies included hunting, racquetball, boating with his family and BYU sports. In his later years, he was never sure if he was afoot or a horseback.

Always an active member of The Church of Jesus Christ of Latter-day Saints, Richard served in many callings including Bishop of a BYU ward and a temple worker at the Provo Temple. Richard will be remembered as a kind man who loved his family and the Lord with all his heart.

When Carrol died in 2012, Richard was grief stricken and constantly missed her. It was soon after, that he courted a prior neighbor, Joan (Jody) Rice and they wed in 2013. They lived happily together until her death in 2019. She was a great blessing to him.

Richard was preceded in death by his parents, three brothers, three sisters, and his wife, Carrol. He is survived by his son Matthew (RaLyn) Heninger, Mesa, Arizona and daughter, Heidi (Mark) Prothero, Springville, Utah, six grandchildren and nine great grandchildren.

Richard was laid to rest next to his wife, Carrol, at Eastlawn Memorial Hills Cemetery, in Provo, Utah, on September 9, 2022.